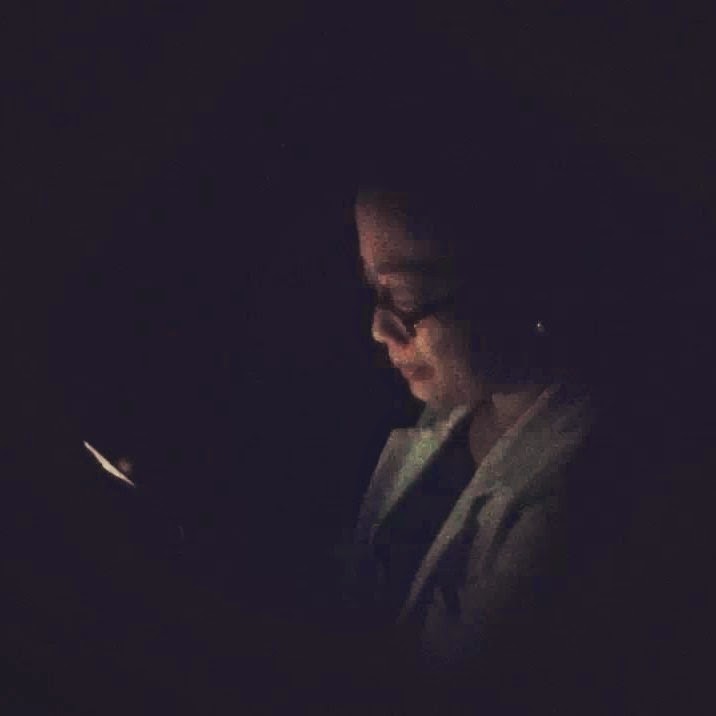 A month ago, there were so many blackouts in the hospital due to faulty electrical wiring.  It occurred at an average of five (5) times a day.  It was a hassle for everyone and patients were complaining already.  Everyone was struggling with their work.  And people were blaming the engineering department and the people in the top offices.  You could see power banks everywhere.  And people were charging their gadgets in between blackouts.

I guess people learned how to adapt.  After months (yes, months) of daily blackouts, no one was complaining about it.  Everyone was even expecting (and welcoming) its onset.  The staff were trying to cope up with it.  They were doing double time when the lights are on but it wasn't enough.  The blackout was everyone's excuse for unfinished tasks.

However, it was different for the patients (and their relatives).  I could only imagine the terrible discomfort they must be feeling.  The delay in the health services they are hoping for must be infuriating.  And I have encountered some of their anger whenever I was assigned in the help desk in the waiting area.  I wasn't much of a help.

The blackout problem is now fixed and work goes back to the regular abnormally stressful level.  Downtimes are rare.  And breathers like it are always welcome.

Popular posts from this blog

What I'm Not Saying

September 17, 2017
Okay so I'm swearing by this:  I'm going back to blogging.  However, I don't know which ones I have to tell out there to nothingness and which I am going to keep in my subconsciousness.  Whatever it is that I want to let out in this web world should just be in the web world.

What I'm going to openly write is things that might be acceptable, relate-able and never anything like that new TV series SENT.  Hopefully, I don't make that mistake.

I do speak forcefully and annoyingly righteous at times.  I don't know if I can really do it in writing.  I'm not organized in physical things let alone, those abstract thoughts jumbled in my mind.

And so, it is with much effort that I would be writing down everything in my mind.  What I'm not saying should be in writing.  Of course, with temperance which I'm working on to let go.  I don't have the option to say anything freely.  Hopefully, I have the option to write freely.
Read more

September 01, 2015
I have burned so many bridges in this lifetime that I ran out of ways to cross to the other side.

People cannot live on their own. We all need someone.   That's the humbling truth.  We all think of ourselves as self-reliant.  However, there is a limit to our own resources.  We all need help to fill up what we could not provide.

When we were young, friendship means having somebody share your interest.  Friends share your victories as well as your struggles in your early life.  They're actually taking over the place of parents as confidants whether your parents like it or not.  They're the ones you turn to.

Young people surround themselves with the kind of people who seem fit to their taste.  They crave to be with other people.  It's like a security blanket for them.

For adults, friendship becomes a bit cynical.  We need "friends".  And our "friends" need us.  They are there to help you out.  You also need to send help as needed.

As we get older, …
Read more

I go in and I go out everyday without changing anything in the work place.

I don't contribute anything.

I have nothing to contribute.

I am not so sure if I'm so self-absorbed but I have so many problems to deal with that I can't seem to help other people with theirs.

For the next four months, I am in a post where there are no machinery.  That machinery has been long gone early this year.  And everyone who had been in this post all had time in their hands.

However, I have no time at all.

I have so many things to think about.  So many worries that I have to find solution to.

It is so overwhelming that I don't even know what direction to take.  Hence, I'm not moving anywhere.

Hearing people of their grand plans and I'm like, I have nothing. at. all.

It would be so easy if I'm just living for myself.

However, I'm not.  It makes it extra hard and it makes it more worrisome.

Chew On This
Surprise Me!